The book-hunter whose heart is in his quest never tires of tales of lucky discoveries, and of rare books bought for a song. This is natural enough, and moreover, authentic details of some great find invariably stimulate his eagerness, and encourage him to persevere in the search for what he is repeatedly being told—as though he of all men did not know it already—is only to be met with casually, and by the merest of accidents (32).
The Romance of Book-Collecting
by J. H. Slater, London: 1898 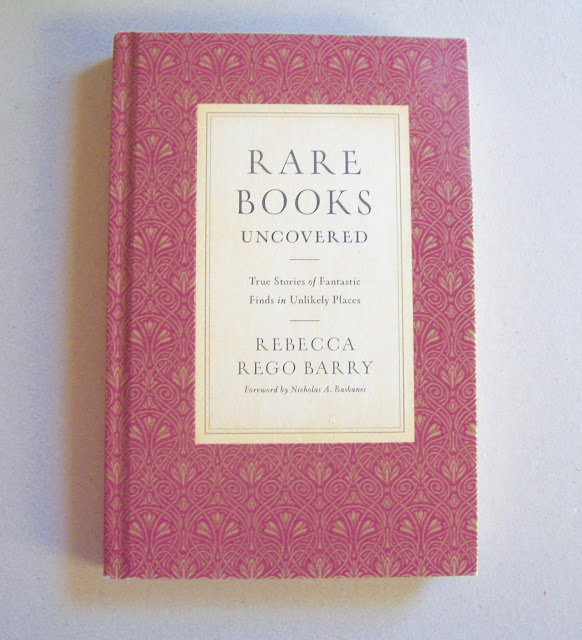 And then there is A Gentle Madness:  Bibliophiles, Bibliomanes, and the Eternal Passion for Books by Nicholas A. Basbanes (2005).  Looking back, I believe the dust jacket of A Gentle Madness made a statement about the book.  Striking, it was: 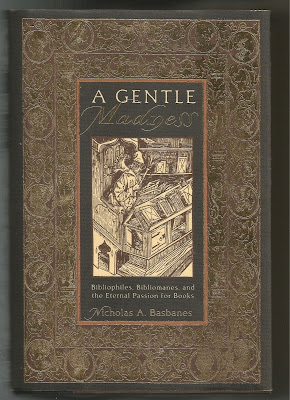 And it is the lack of a dust jacket  that makes a bold statement about Rare Books Uncovered: 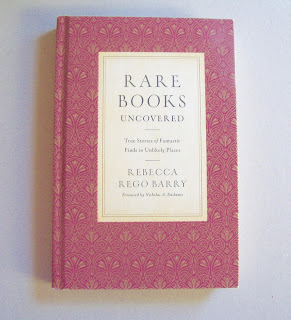 The word, uncovered, in the title of this book has a double meaning:

This book, Rare Books Uncovered, is not covered by a dust jacket!

This book is about rare books that were discovered in unlikely places.

Bookwise or not, you will enjoy reading Rare Books Uncovered. And you will even pick up some of the book lingo, for Rebecca has included marginal notes for the "newbie," defining such words and phrases as incunabula, point, doublure, provenance, flyleaf, watermark, printer's device, and, my favorite, an Historiated Initial.  Sounds painful, doesn't it?

It was not painful for some of the finders when they learned the value of their lucky finds—especially the one who found at least $8.9 million worth of comic books while cleaning out the house of a recently departed relative.  This finder was neither a bookseller, a book scout, or a collector.  But it was months before he realized the value of his find.

Finally, did I mention who wrote the Forward to Rare Books Uncovered?  Nicholas A. Basbanes, the author of A Gentle Madness.