Another Glorious Day of Toodling!

Yesterday was a glorious day of toodling. My wife Linda added two finds to her collection of Danish dinnerware: 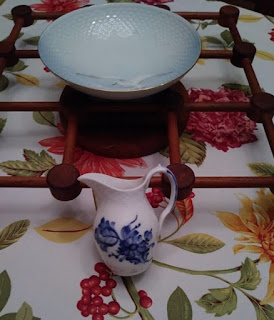 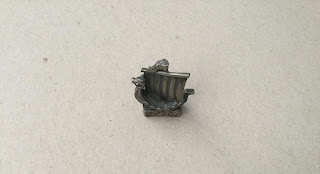 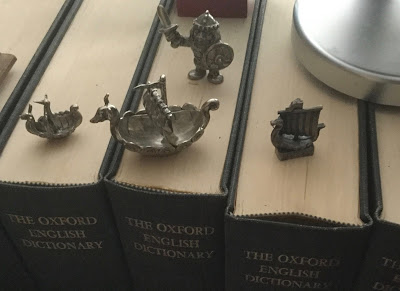 On second thought, are those Viking ships really protecting my OED, or are they protecting the M &Ms in the dispensing jar? 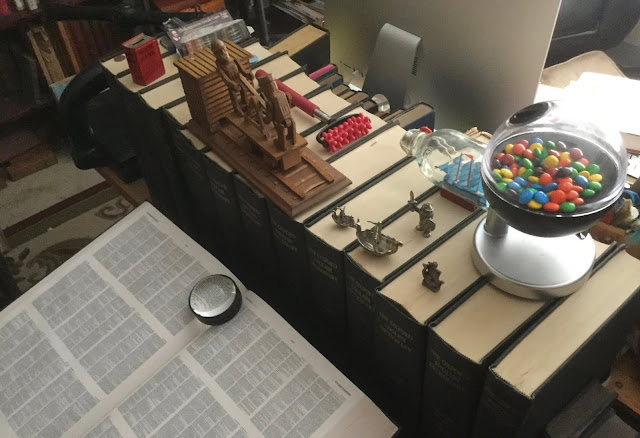 I found nine books yesterday; eight for my library, and one for Linda's Obama Collection. Here is Linda's book.  I found it at 321 Books. 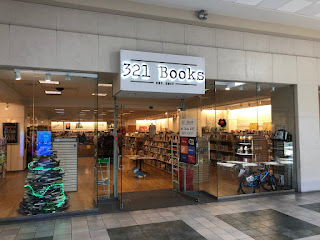 I was impressed this time when we visited 321 Books located in Tyrone Mall.  We visited it shortly after it opened in 2017, and all they had at the time were new books––I like old books!  This time they had old books too! And all the books were either $3, $2, or $1.  And that was before the senior discount they gave me!  I bought two other books at 321 Books: 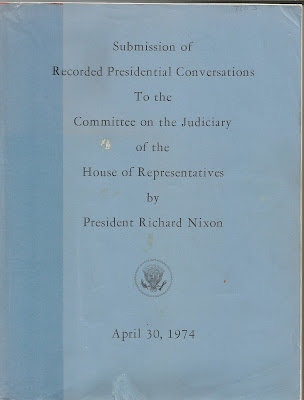 Submission of Recorded Presidential Conversations to the Committee on the Judiciary of the House of Representatives by Richard M. Nixon, Washington: Government Printing Office, 1974. 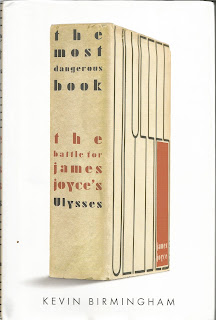 
My best find, however, was in Knot on Main Street in Dunedin.

The Columbian Orator:  Containing a Variety of Original and Selected Pieces Together with Rules; Calculated to Improve Youth and Others in the Art of Eloquence by Caleb Bingham, Boston:  J. H. A. Frost, 1827. 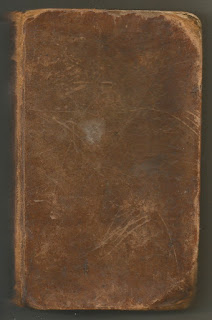 This work was first published in 1797 and was widely used to promote oratory and reading among the youth of America.  I found it in Knot on Main Antique Store on the bookshelves belonging to Mike Slicker, proprietor of Lighthouse Books in St. Petersburg.  Now that I think about it, I believe I have bought more of Mike's books at Knot on Main Street than at his bookstore!


One of our favorite thrift stores is the Kimberly Home Thrift Shoppe in Clearwater, which supports pregnant women. 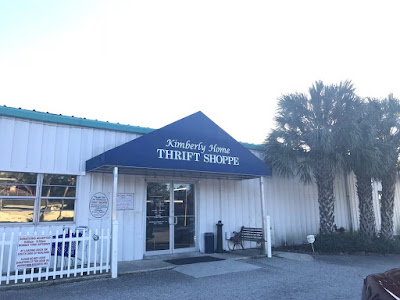 On Fridays, books are 50% off (they're 99 cents for hardbacks and 79 cents for paperbacks every other day of the week).  I bought one of each, which came to 88 cents, and told them to keep the change.

Tales of the Alhambra by Washington Irving, Granada:  Padre Suarez, 1963. 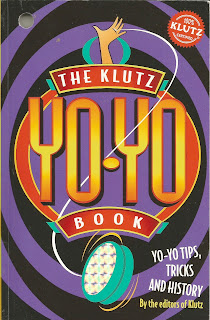 The Klutz Yo-Yo Book by the Editors of Klutz, Palo Alto: Klutz Press, 1998.

Now all I need for a Christmas present for one of the grandkids is a decent yo-yo. 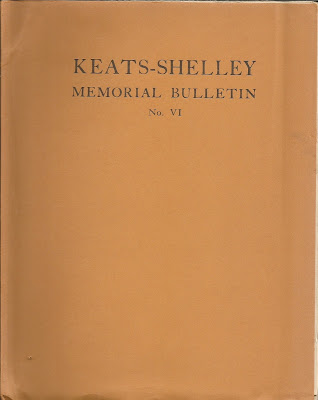 I wanted this pamphlet for my Leigh Hunt Collection. It has an article by Edmund Blunden titled "On a Portrait by Mrs. Leigh Hunt."  The article contains two of her silhouettes: one of Leigh Hunt and one of Lord Byron. 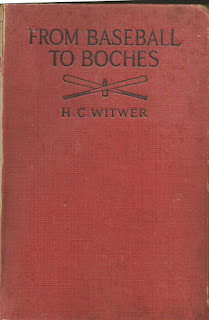 I picked this book up, read a few pages, and almost bought it the last three times we visited this antique store.  This time I decided to buy it.

At the end of the day, we ended up at Glory Days Grill in Palm Harbor for drinks and then dinner.

My Root Beer Float is on the left.  Linda's little glass of Sangria is on the right!

I did not mention it before, but we all received a tornado warning on our phones while we were in 321 Books in the Tyrone Mall.  And we stayed in the mall for the duration of the warning.  There were four tornados reported in the Tampa Bay area yesterday.  This was one of them. 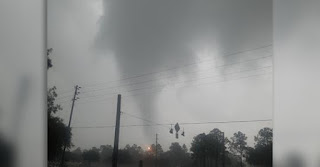