The Card Catalog: Books, Cards and Literary Treasures by The Library of Congress. Reviewed by Jerry Morris 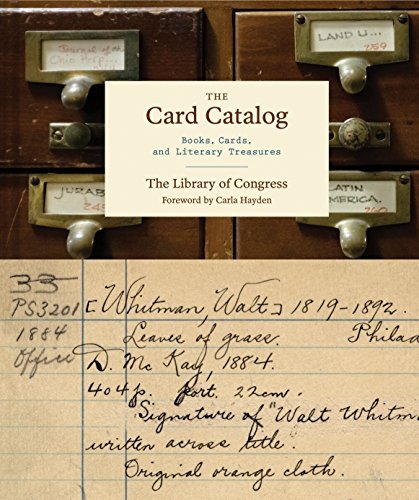 
Every now and then there is a book that comes my way that I just can't put down.  The Card Catalog is the latest one of them.  Surrounding the book is a belly band displaying the LOC card catalog of Walt Whitman's Leaves of Grass.  This is just one of over seventy images of LOC catalog cards displayed in this book.  And on the opposite pages are images of the literary treasures the catalog cards identify. Interspersed among the images are sections detailing the history of the card catalog from its origin to its rise and fall.

Before there were card catalogs, there were several other methods used to catalog libraries, all of which are identified in this book, the earliest of which was a Sumerian cuneiform dating to around 2000 B.C.  The Library of Congress wasn't the first library to use catalog cards but it advanced their use nationwide by providing copies of its own catalog cards to libraries across the country.

The last new card catalog was filed in the Main Reading Room of the Library of Congress on December 31, 1980, and the card cataloging system was declared "frozen," its use replaced by newer technology:  the online catalog.  This book, however, has its own card catalog inserted in a library pouch pasted on the front pastedown: 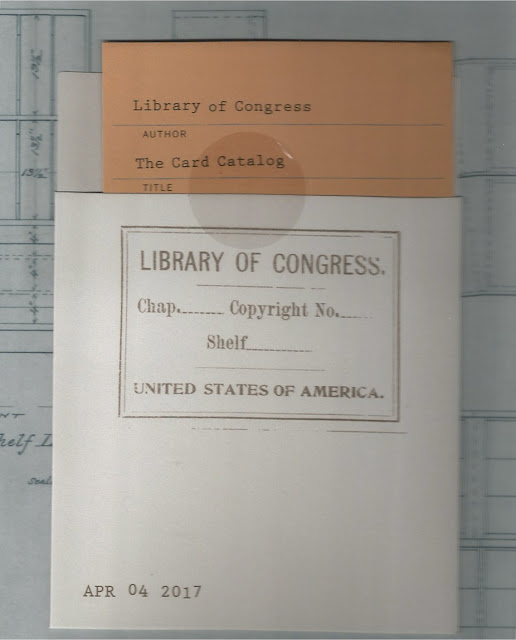